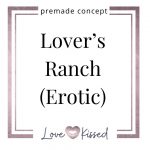 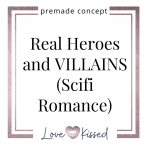 Hunt, kill, mate – those were the demands of my blood.  Over and over.  Hunt, kill, mate.  It was constant.  As soon as one urge was fulfilled the next would rise.   I had been trapped in a dormant state for too long.  Forced into a hibernation chrysalis, ripped from my nest ship.

I drifted in the dark and cold between the stars.  Finally, brought onto another ship.  I awoke and slipped into the shadows.  There was so much prey on this vessel.  Two quick kills later, and my hunger sated, I caught a scent.  A female of their species.  Finally, after far too long.

First thought – I eliminated all rivals until it was just us on the ship.  She would be mine.  Again and again and again.  If I tired of her she would die, and I would seek the next hunt.  I hoped it would take her a long time before I grew bored with her.

I was just a junior grade engineer.  It was my first interstellar scavenger run.  We had found an odd mass that we thought might have been proto-organic.  When something came out of it and killed two of my crew mates, we knew we were in trouble.

I saw it happen, and I thought it would come for me.  Tall, strong, with razor sharp claws, a long tail, and vicious teeth.  He scented the air.  No other words for it.  Then turned towards me, and I realized as I saw evidence of his arousal growing that it was a male creature.

Then it moved so fast I didn’t see which way it went.  In the next three hours, it killed the rest of my crewmates.  Then it caught me for the first time.  It hurt every bit as much as I thought it would, but he didn’t kill me. At the end, he used that tail and tongue as well, and I orgasmed in spite of myself.

Then he left me there.  I tried to hide.  I tried to run.  The better I did at keeping away from him, the more pleasure he gave me.  If I didn’t do well in the chase, he made it hurt.  I tried fighting back; I tried making weapons.

The more I did, the better it went for me.  I realized with a terrible realization I was starting to enjoy the chase and what happened after.  I was using all I could think of.  I didn’t think this would last, but something was bound to give.  All I could do was try to survive.