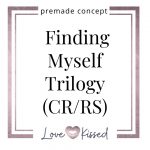 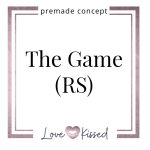 I wasn’t always the confident, well-adjusted young woman people know from the big screen. One upon a dream, I was merely a girl with a goal, determined to make it in Hollywood, willing to do whatever it took to make it. Who knew that five years later, this would be the catalyst for my current nightmare.

When I first showed up, a doe eyed and naive eighteen year old, I thought that I would break into movies in under a year. Now, I realize how crazy this sounds. I’d left my best friend, Sage, in Nebraska, but her brother, Kai, was my safety net. Four years older than us, he joined the Marines when we were starting high school. He did his four year stint and then bought a garage in West Hollywood with a few buddies. She’d told me to reach out to him if I needed anything.

Honestly, I never planned to make that call, but waitressing didn’t pay the bills. I was nowhere near getting even a little break into acting. Desperate, I reached out…in person. I showed up with some apple pie, which was always his favorite, only to discover he looked nothing like the farm boy I remembered. He was more muscular, and seemed…dangerous. Forget the crush, looking at him now, I felt things I never meant to feel for my best friend’s brother.

One of his partners chimed in and suggested I participate in an open casting call they were having later. Kai shot him a dirty look, but I wanted more information. “I need this, Kai. I will do anything I can to survive right now.” And that’s how I ended up making a porn…with Kai. He was the only one I’d agree to be with. And he said he’d only do this for me. I thought I’d found my person, but I was wrong. Then one night, after he made it clear there was no future for us, my roommates and I decided to go drinking.

There, I found a new person. He saw me at a club, this Hollywood agent. He passed me his card. Next thing I knew, I was going to auditions. I made a couple of commercials. I had a couple of modeling gigs. And then…I was offered a minor role in a major film. The rest passed in such a blur, I couldn’t even recite the timeline.

My selling point? I was America’s sweetheart, wholesome as they come, a small town girl.

Unfortunately, that was about to change. I was now the lead in a psychological thriller. I’d been hired without a single audition. The movie: Must Love Danger. I was supposed to play a girl from the midwest who moved to California in a quest for fame and fortune who ends up dating a psycho who tries to scare her to death.

The first day, I opened the script to find a still from my one porn movie…with Kai. There was a message on the back. I had to pay for silence, or the stills would be released. Details to follow. There was one more part: tell no one. I ignored that completely. After all, my career was in jeopardy and though I wanted Kai, my career was what I had left. I couldn’t lose that too. I’d rather die. So, I broke down, gathered the money, and called the one person who might help me. When Kai didn’t answer, I left a message. I was on my way to the drop spot, a remote area in Northern California, when he finally returned my call. I parked, and stepped outside my car to stretch.

“Too late, I’m here. I have nothing left to lose,” I replied. I was wrong. There were at least two more things the blackmailer could take from me: my freedom, and my life.

I knew Maddie had moved to Hollywierd in search of an acting career. I used to tease her and tell her she was so dramatic, she couldn’t help but succeed. I’d moved here right after I left the Corps. Everything they warned us about in bootcamp was true. Once a Marine, always a Marine. We didn’t just serve together, we were a brotherhood. And one of my brothers was in trouble. That’s why the three of us banded together, Cade, Ollie, and me. Ollie’s father died. He was the original owner of the garage. His mother needed help running the place. Only after we’d been there a year, she sold it to us right before she died.

There was no way I’d ever be moving home now. I hadn’t been remotely homesick, until I saw Maddie. She had changed. Once kinda gangly, she now had curves. Once shy and in braces, she now confidently hugged me and wrapped me in her perfect smile. For the first time ever, I wanted her.

I knew that Maddie had a crush on me. Back in Nebraska, she wasn’t for me, since she was too young, too sweet and wholesome. Her worst flaw? She was my sister Sage’s best friend. This didn’t matter when we were kids. I had no interest in a fourteen year old. Sage’s friends were safe from me. And I thought Sage would outgrow the whole ‘don’t date my friends’ nonsense by the time it mattered, but that didn’t happen.

And I agreed. That was my first mistake. My second was trying to turn a business deal into a relationship. Who starts dating after the sex? And finally, the worst mistake was listening to my sister who told me she’d never forgive me if I continued to pursue Maddie. So, I broke it off, even if it broke my heart.

Five years passed. Maddie never called, never texted, never stopped by. I thought we were truly done. Then I received a late night phone call. I’m still kicking myself for being in the shower. And when I listened to the message, I realized she was being blackmailed for our past. I called right away, but I was too late. After she told me she was in Northern California meeting the blackmailer, all I heard was a scream and a thud.

I didn’t know if she was dead or alive, but I knew I was the only one who could make this right, along with my brothers. Ollie and Cade were determined to help and I was smart enough to let them. And I swore that if I found her in time, I’d never let anything or anyone come between us again. Her latest film was Must Love Danger. Someone involved in the production had to be involved. I hoped that guy loved death because if he harmed Maddie, he was about to meet his maker.

Please note: This is currently a standalone, but I think that this could make an awesome trilogy with books for Ollie and Cade. You could even add in more Marines…